Engage your students in Voting Rights through Time 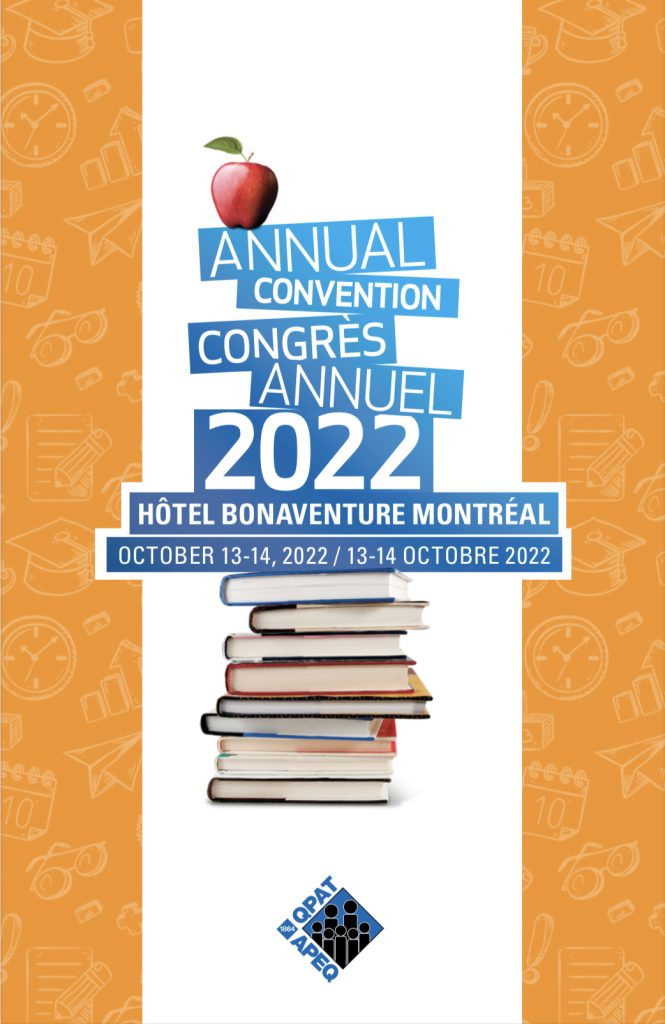 Everything you wanted to know about assistive technology and its application in the classroom! Welcome to our AT “blitz” where we will be discussing, exploring and learning together. As assistive technology specialists who work with our students every day in our classrooms, we are all about hands-on, ready-to-implement strategies and tools! Our goal for this workshop is for you to feel confident supporting your student(s) with AT. We will be using platforms and tools that we have already available in our English school boards.

Behaviour is a language, it’s time we learn it

Christopher Simeone has been a behavior interventionist for 10 years. During his childhood, all he wanted to understand was why people behaved the way they did. Now you can learn everything he has over the years, as he presents techniques and strategies in behaviour communication. Learn from someone who had to understand himself as someone with learning disabilities to becoming a professional in the field.

Part 1 – Morning Mindfulness: 15 minutes to prepare for a focused and productive day. Part 2 – Frogs Have It Easy; They Eat What Bugs Them: Are there parents or colleagues who test your preparedness, professionalism, and patience? You can control your side of the interaction. Part 3 – Mindful Movement: Tension release for entire body (no special equipment/clothing needed)

ELA All Day: A workshop series to support ELA students in the classroom

We will offer a full day workshop featuring the innovative work of educators within the English language Arts community in Quebec. Mobilizing ATEQ’s grassroots partnerships and connections with people from different school boards, the MEQ, Vanier College, and McGill University, we will showcase projects, best practices and pedagogical tools, to inspire teachers from a variety of levels and backgrounds and continue to build a vibrant network of ELA educators across the province.

Has it been a while since you checked out all that Google has to offer? Or maybe you work in the Google Drive environment daily, and you want to learn about more of the hidden gems. Join us for this workshop where we’ll take a deep dive into all that Google has to offer to streamline your workflows and inspire your students. Whether it’s Chrome, Google Classroom, Extensions, Add-Ons and more, there’s something new for everyone to discover and explore.

Moving from overwhelm to calm is a learned behaviour. We will explore various ways of releasing stress and manifesting calm in mind and body. Moving our bodies and breathing in new and effective ways nourishes creativity and sets the template for effective learning and growth. Easy to learn and teach, these experiential activities are coupled with time honoured wisdom, and cutting-edge research to give you an understanding of how it’s done and why it works! Come with an open mind and a willingness to have fun and try new ways of being. Breathe, move, dance, stretch, inquire, meditate, use acupressure to release tension – and leave feeling focused, balanced and vibrant! When you have felt it, you can teach it! Activities for application in the classroom will be provided.

Many of our JK-grade 2 students experienced challenging years since Covid. Come prepared to play, learn strategies and games that help address the learning gaps and loss. Concepts covered include subitizing count, doubles, make 5, 10, operations+, -, place value, double digits operations. Games for differentiated centres and whole groups will be shared. Ideas for assessment math journals and gameboards provided. We will play with cards, dice, # lines and shakers!

Has it been a while since you checked out all that Microsoft has to offer? Or maybe you work in the M365 environment daily, and you want to learn about more of the hidden gems. Join us for this workshop where we’ll take a deep dive into all that Microsoft has to offer to help streamline your workflows and inspire your students. Whether it’s OneNote, Teams, Sway, Sharepoint and more, there’s something new for everyone to discover and explore.

Using art in the classroom to solidify learning

In a fun, stimulating and interactive learning environment, you (and then your students) will learn simple art techniques along with exploring accessible materials to solidify learning in your classroom. This is a hands-on workshop with lots of opportunities to ask questions. All materials supplied. Relax, be encouraged, and create. 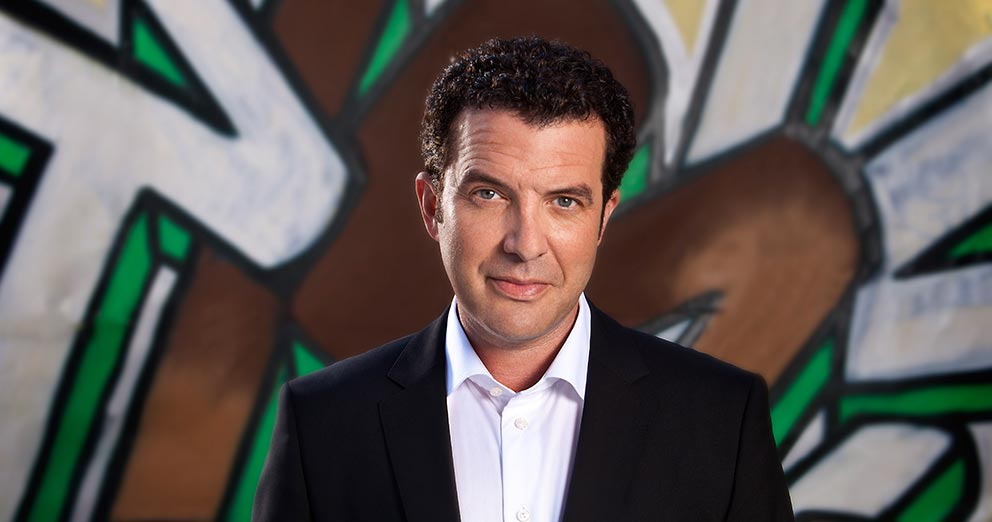 Rick Mercer chronicles, satirizes, and ultimately celebrates all that is great and irreverent about this country. A national bestselling author and the Governor General’s Award-winner for Lifetime Artistic Achievement, Mercer is our most popular comic; a political satirist who knows exactly what matters to regular Canadians and what makes them laugh. In his new memoir Talking to Canadians, the beloved comic charts his meteoric rise to TV fame in a series of riveting, hilarious, and unforgettable anecdotes and behind-the-scenes revelations from his decades-long career.

Rick Mercer’s top-rated, award-winning CBC show, The Rick Mercer Report, routinely trampled even its American competitors in the ratings. The show featured Mercer’s trademark rants, satirical newscasts, commercial parodies, and comic encounters with famous Canadians. More than any other comedian (or journalist for that matter), he talks to Canadian newsmakers with a refreshing candour, and is uniquely able to spin topical hilarity from the people and things deeply embedded in the national consciousness. Mercer has won over 25 Gemini Awards for The Rick Mercer Report, Made in Canada, and This Hour has 22 Minutes. He also starred in Rick Mercer’s Talking to Americans, which attracted attention across North America, was watched by millions, and remains the highest-rated comedy special in Canadian history. In his new memoir Talking to Canadians, Mercer tells his own story for the first time—with the same biting wit that endeared him to the nation. It has been described by legendary author Margaret Atwood as a “funny, pitfall-strewn, no-holds-barred memoir from the ranting TV uproarist, edge-walker, envelope-pusher, and pot-stirrer.”

His earlier book, Rick Mercer Final Report, a #1 Toronto Star and Globe and Mail bestseller, brought together never-before-published rants from the last five seasons of his show, plus a selection of the very best rants from earlier years. Throughout the book, in a series of brilliant essays, Mercer shares his hilarious, moving, and at times hair-raising memories from the course of the show. Mercer is also the author of four national bestsellers, Rick Mercer Final Report, Streeters, The Rick Mercer Report: The Book, and A Nation Worth Ranting About.

In 2019, Mercer won the Governor General’s Award for lifetime achievement, which recognizes artists who have made an indelible contribution to Canada and the world’s cultural life. He is an Officer of the Order of Canada. 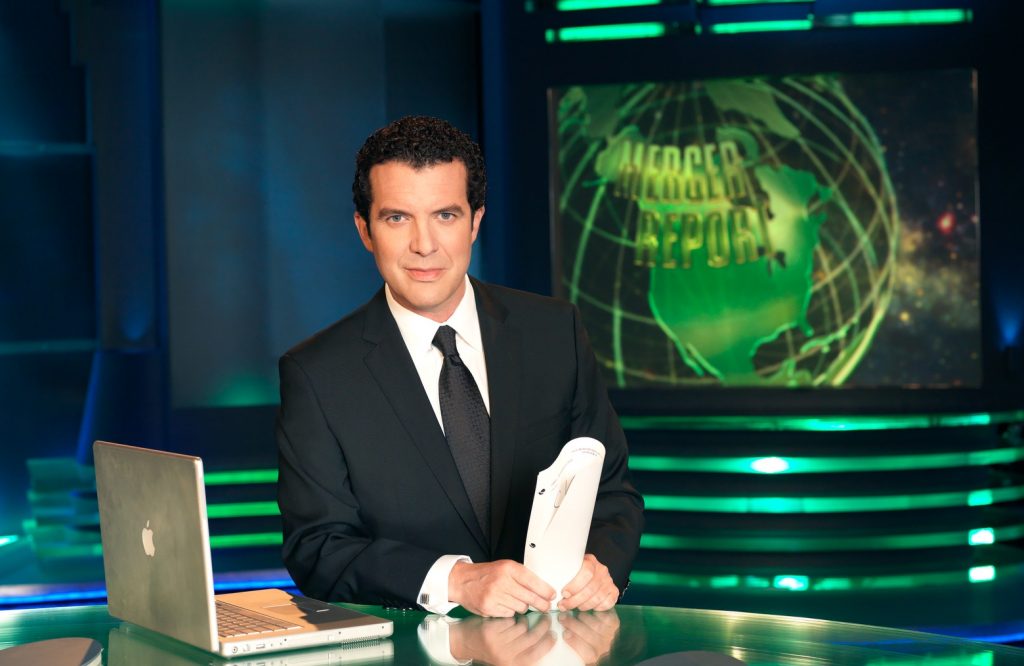 Download the QPAT app for the latest updates on the 2022 Annual Convention.